I beg you to take my notes in consecutive order, for they are like the scientific steps in a chemical process, none of which may be omitted in order to have a successful achievement.
They represent the action of the Holy Spirit and must not be considered as entertainment or mere accretion of more useless knowledge.
I expect every student to study and make this instruction a part of himself that the hue and cry about precipitation may be stilled and this law be utilized to the fulfillment of the divine plan.
Neither breathing nor walking nor any other process of living can be accomplished in a haphazard manner, nor can the laws that govern the universe be applied by mere wishful thinking or wild ejaculations or incomplete application of cosmic principle. Please get that straight.
PRELIMINARY DEFINITIONS
1. THE PERMANENT ATOM—a nucleus of the physical form. Some time back Kuthumi mentioned the projection of the permanent atom into the mental form of the desired precipitation. This permanent atom is the nucleus—the cohesive power—around which the electronic substance is drawn to create the perfect physical form required.
2. THE ELECTRONIC LIGHT—the universal light substance unformed, but intelligent. The electronic light to which we refer, which fills the universe, contains within itself a central core of blue-white flame.
3. THE CREATIVE POWER—the Godhead, the Threefold Flame.
The GODHEAD is the creative activity of life—the Threefold Flame, the triple activity: the Father, Son and Holy Spirit, and this is the ONLY creative power in the universe.
PLEASE RE-STUDY the above paragraphs until you can differentiate between the CREATIVE POWER and the LIGHT SUBSTANCE, which is the essence that obeys and becomes the clothing of the creative flame.
4. THE THREEFOLD FLAME—the fire of creation, as powerful in the heart of the man in the gutter, as in the heart of the Great Central Sun.
(The great THREEFOLD FLAME may multiply itself without limit and form points of consciousness anywhere in the universe. Whether it is the Godhead direct (the Solar Logoi) or whether it is a spark from the Godhead—the mighty I AM Presence in the individual—this makes no difference. The fire of creation is equally powerful whether it is in the heart of the Great Central Sun or in the heart of the man in the gutter.)

OUR STEPS TO CREATE THE PERMANENT ATOM OF YOUR DESIRE OR PLAN
FIRST STEP: Make a mental picture of that which you wish to precipitate.
SECOND STEP: Know and feel that the fire of creation flowing through you is ONE with that which created the universe.
THIRD STEP: You absolutely withdraw all power from the personality (outer self) as the doer.
FOURTH STEP: From the three centers, the HEART, the THROAT, and the HEAD, you consciously project a stream (ray) of electronic substance into the mental picture.
RESULT: The formation of the permanent atom of your picture is formed. As the rays coalesce, they become the THREEFOLD FLAME—the PERMANENT ATOM—which draws the substance of the universe around it, and your precipitated form is completed.
HOW TO PROJECT A STREAM OF ELECTRONIC SUBSTANCE FROM YOUR THREE CENTERS
FIRST: We use the pink ray, the cohesive power of love. Let me show you. From the heart, the electronic substance flows in a pink ray, which is the cohesive power of LOVE, the magnetic force that draws the blue light of the electrons into form.
SECOND: Using the gold ray, the mental picture is outlined in golden light. From the head comes the gold ray, which is the mental picture of the divine will, which has projected the divine plan into a mold or matrix. Thus your mental mold is usually outlined in golden light.
THIRD: The blue ray is the focus of power. From the throat goes forth the blue ray, which is the focus of power, which gives to the precipitation its strength, endurance, and ability to stand against the disintegrating powers of the outer world. This is as simple an accomplishment as breathing, but it must be worked out in orderly succession.
(Source: The Bridge To Freedom Journal Book 4) 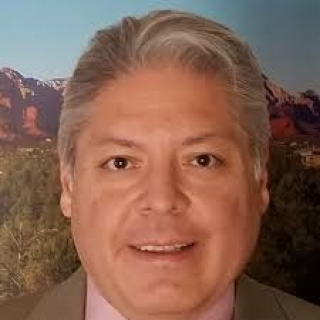